Commie Pinko Pedestrian-friendly Socialist Plots That Will Ruin Our Economy 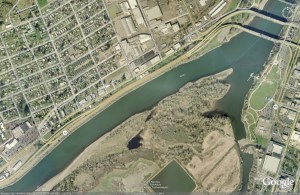 This morning, there was a newspaper article about a proposal to make the Edgewater District in West Salem into a pedestrian friendly neighborhood. The following is an excerpt from a response I wrote in the newspaper's online forum.

While it will be a decades-long process, cities all over the United States are making changes to reduce car dependency.

Why? Because the current level of automobile use is unsustainable. It is far, far less expensive and much more efficient to move individual 150-250 lb. people, whether on foot or in some public conveyance, than it is to move individual people who come with 3-6,000 lbs. of personal body armor in the form of a car. It is utterly absurd to burn irreplaceable fossil fuel moving a 3-ton vehicle just so the occupant can buy a latte without walking more than a few (badly needed) steps! 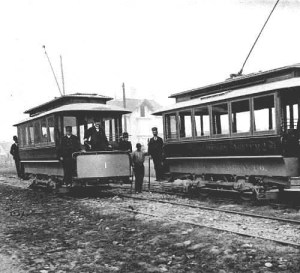 Within living memory, Salem had an extens ive light rail system (also known as streetcars). Salem had excellent train service to Portland. Salem had a solid economy based in manufacturing and agriculture (instead of the service industry). Business districts were naturally pedestrian friendly, because most people were on foot — at least, once they got downtown.

And then the car came to town in force, riding the wave of recently built intercity roads that were constructed for… bicycles (yes, bicyclists really were responsible for paved intercity roads in this country; google for "good roads movement"). And the car, thanks to artificially cheap gasoline, supplanted all of this, leading to urban sprawl, strip malls, increased pollution, an obesity epidemic, and one of the leading causes of death in the United States (car crashes). And now we have three-plus generations of citizens who don't know any other way than the Way of the Automobile.

Those who complain about government inefficiency should consider what part of the City's budget is spent building, maintaining, and expanding roads, as well as what percentage of Salem is covered by roads. All of those roughly 200,000 cars in the Salem area take up a lot of room — on roads, bridges, and in parking lots.

What if it wasn't necessary for businesses to provide off-street parking for their customers? Think of how much land would that open up. Think of the cost savings. What if Salem could put half of the money it currently spends on roads into parks, sidewalks, and public safety (for example)? What if a goodly chunk of the land currently paved over in Salem could be converted to taxable property?

If you think this is pie in the sky thinking, think again. Just as it took decades for us to get into this mess of a car-dependent culture, it will take some time for us to get out of it. But it will happen — not because I say so, but because global warming and ever-spiraling oil prices leave us no choice.

We must adapt. We cannot continue to bury our heads in the sand and believe that we can keep buying new cars and building more roads. We must find ways to reduce car dependency gradually so that we do not have to face the economic and social catastrophe of sudden loss of the automobile. 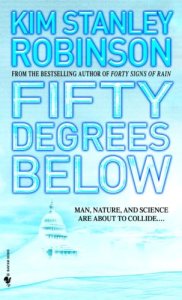 Michael Heggen is a horseman, maker, and thinker who lives in Salem, Oregon with his wife, Kim, and "three to eight cats". He stays quite busy riding, driving, and caring for their three horses, Boulder, Shasta, and Bob. Among other things, Mike has been a fencing coach, police chaplain, computer consultant, aspirant to the diaconate, computer salesman, box boy, carpenter, computer technician, typesetter, church youth leader, copy machine operator, and network administrator. His other interests include juggling, reading voraciously, and (pretty occasionally these days) cycling.
View all posts by Mike →
This entry was posted in from Vox and tagged car dependency, car-free, edgewater, good roads movement, pedestrian friendly, salem, streetcars, sustainability. Bookmark the permalink.