Fingers In Their Ears

Instead of endless speculating about what to do about or who to blame for these mass shootings, we could do this thing called “research” using this other thing called “science”. After 400 years or so, science has a pretty good track record for figuring stuff out, which has resulted in some nice things like electricity, vaccines, space flight, and HBO. Old habits die hard, though, so when it’s crunch time, we tend to fall back on the only tool we for knowledge that we had for the first 100,000 or so years of human existence: cause and effect.

In other words, we pull something out of our asses that sounds reasonable and go with that. 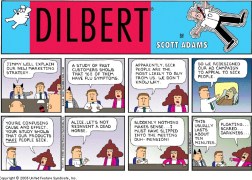 Right. Back to that science thing….

By happy coincidence, there happens to be a group of very bright, well organized, highly trained scientists in Atlanta, Georgia who would very much like to engage in research to determine the root causes of mass shootings. Unfortunately, there is another group of not-so-bright, poorly organized, untrained people in Washington, D.C. who are determined not to let the Atlantans do any such thing because they tend to dislike the Atlantans’ answers.

The Atlantans are also known as the U.S. Centers for Disease Control. The other group is politely referred to as the U.S. Congress. And, yes, Congress has continuously blocked the CDC from firearm death research—despite it clearly being a public health issue—since 1996.

As long as Congress continues to prohibit the CDC from researching firearm violence (as they did once again just three months ago), we can legislate, pontificate, contemplate, congregate, agitate, concentrate, perseverate, and be irate all we want, but we’re just blundering about, groping blindly for a solution.

As long as we allow Congress to continue to do absolutely nothing except spout platitudes and express sympathy, every couple of weeks another hate-filled person with too much time, too many guns, too much ammunition, and nothing to lose will decide to execute his long-planned ten minutes or so of gunfire and bloodshed, leaving behind more fear, another pile of bodies, another broken community, another collection of hateful social media posts, and another manifesto. More students, churchgoers, shoppers, and other ordinary citizens going about their daily routines will be killed or maimed, and the rest of us will go through the same well-practiced ceremony of national hand-wringing and outrage. 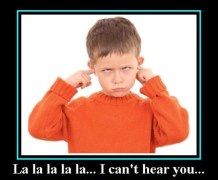 Unless Congress stops behaving like a little child who plugs his ears so he doesn’t have to hear what he doesn’t like, the pressure is going to continue to build as more and more mass shootings occur. Eventually, the pot will boil over and there will be a drastic overreaction—whether from the government or from citizen vigilantes—that will be more harmful to the nation than the mass shootings themselves.

This is addressed specifically to conservative Americans:  The Republican Party is calling the shots on this, folks, because they control the House of Representatives. If you sincerely want these shootings to stop, if you truly want to find out the root causes of these shootings (and avoid an even worse overreaction from either government or vigilantes), then you conservative Americans need to tell Congress to stop blocking the CDC from conducting research into our epidemic of mass shootings.

Michael Heggen is a horseman, maker, and thinker who lives in Salem, Oregon with his wife, Kim, and "three to eight cats". He stays quite busy riding, driving, and caring for their three horses, Boulder, Shasta, and Bob. Among other things, Mike has been a fencing coach, police chaplain, computer consultant, aspirant to the diaconate, computer salesman, box boy, carpenter, computer technician, typesetter, church youth leader, copy machine operator, and network administrator. His other interests include juggling, reading voraciously, and (pretty occasionally these days) cycling.
View all posts by Mike →
This entry was posted in Uncategorized. Bookmark the permalink.