Responsible Gun Owners Can Have Their Cake and Eat It, Too – Part 1

(This is the first of two posts on this topic.)

According to NAMI (National Alliance on Mental Illness):

“A mental illness is a condition that impacts a person’s thinking, feeling or mood and may affect his or her ability to relate to others and function on a daily basis.”

Also according to NAMI:

Now think about this in the context of a hypothetical national database of people with mental illness for firearm purchase screening, as many on both the Right and the Left have proposed.

Does this hypothetical database have any political chance of success? As long as the stigma of mental illness continues, the answer is a resounding, “No!” Some of the biggest pushback would come from psychologists, psychiatrists, and primary care physicians, because such a database would deter many undiagnosed people with mental illness from seeking help—especially if they are already own one or more guns. But even for people who have no intention of ever owning a gun, there is the knowledge that very large databases (both government and private) are hacked with alarming regularity combined with the tendency for mission creep—e.g databases being used by law enforcement for purposes beyond the original intent. 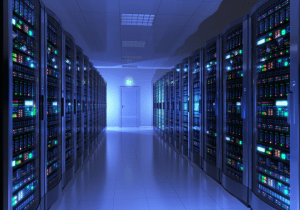 So, instead of trying to create and maintain a mental health database of half the nation’s population (a civil liberties nightmare if there ever was one) for the benefit of the minority of Americans who wish to own a firearm (estimated to be about 30% of the population, how about if we require would-be gun owners to undergo a psychological evaluation (and a criminal background check) prior to purchasing a firearm and then again every two years? Instead of discouraging people with mental illness from seeking treatment so as to be able to own a firearm, this would (at worst) discourage people with mental illness from purchasing a firearm so as to be able to avoid a psych evaluation.

Isn’t that the goal?

(This is the first of two posts on this topic. The next post will propose some details for how this might work.)

Michael Heggen is a horseman, maker, and thinker who lives in Salem, Oregon with his wife, Kim, and "three to eight cats". He stays quite busy riding, driving, and caring for their three horses, Boulder, Shasta, and Bob. Among other things, Mike has been a fencing coach, police chaplain, computer consultant, aspirant to the diaconate, computer salesman, box boy, carpenter, computer technician, typesetter, church youth leader, copy machine operator, and network administrator. His other interests include juggling, reading voraciously, and (pretty occasionally these days) cycling.
View all posts by Mike →
This entry was posted in Uncategorized. Bookmark the permalink.